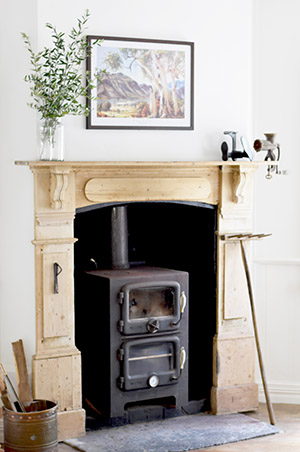 Step back to a simpler time

At The Tea House

Its own courtyard and games shed

A retreat inspired by wonder, not Wi-Fi

Set between a café and the Wonderland boutique

A favoured pit-stop along the old Tiger Trail railway line

Which wound its way up to the mountains

A call to leave the noise of the city far behind

To lap up some good old-fashioned hospitality

From country folk keen to please

And the distant rumble of cattle trucks

Along the grand expanse of the Main St

A taste of the finer things 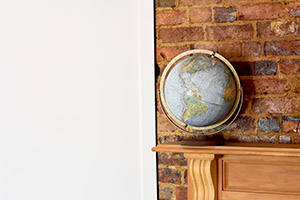 Rumour has it that Birregurra’s pioneering settler Frederick Armytage enjoyed all the spoils of the good life – a game of cricket, the thrill of the pheasant hunt, travel to exotic lands that would see him garner an art collection so valuable it now resides with the National Gallery.

Frederick and his family arrived from Tasmania in the 1850s, snaring countless acres across Victoria’s Western District to establish a pastoral empire of sheep stations. Not just a man of fine taste, but a visionary too – the first Australian in the colony of Victoria to send frozen meat to the motherland.

His gentleman’s quarters are styled in opulent reds and golds – furnished with a 150-year old antique Grandfather chair, befitting of Frederick’s charm and standing. As you gaze into the open fireplace cradling a rich red Shiraz, you may think upon his great life, and his vision for this fertile land and the deep shipping ports which opened up trade for its produce. 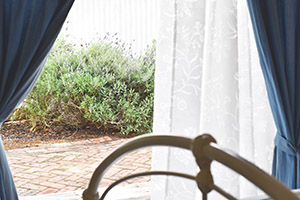 She was once described as the ‘greatest living dramatic soprano’ of her time. Marjorie Laurence was born in Deans Marsh in 1907, the fifth of six children – a girl who after listening to gramophone records of Nellie Melba, could think of no greater pursuit than singing on the world stage. Marjorie would go on to flourishing heights as an opera singer of bright, ringing vibrato – most famous for singing Wagner’s operas. A wealthy patron built her The Globe theatre at Winchelsea which still survives today.

Marjorie’s Room is designed as a homage to the great singer’s lyrical beauty. Steeped in romance, it opens onto a deck along Lavender Lane – just the spot to sip tea under the dappled light of the Silver Birch trees. 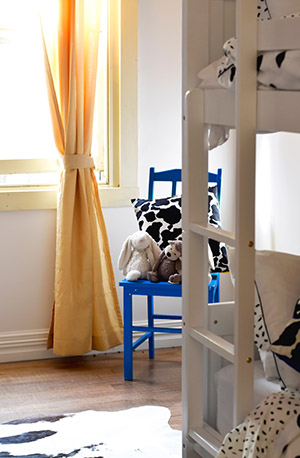 Oh, to be a cow in Birregurra. Daisy – the happiest cow in the district will tell you. This here is lavish living for bovines. Lush, rolling green pastures to graze on: Your fill of sunshine and rainfall with a backdrop of ancient forests towering with Mountain Ash and MyrtleBeech trees. Home to one of the country’s richest patches of dark volcanic soil, the fertile grounds of Birregurra make for one of the finest grazing corners of the country.

Thousands of fat, contented cows just like Daisy live their best life here. You’ll see her on the wall – ‘Milkshake’ – Daisy the cow jumping for joy on a trampoline. Put your brain into neutral, set your mood to chill, in a room designed for pure, unadulterated laziness. Two bunks. A shelf of games. Comfy bean bags. Chew, sleep, dream, repeat.

The daily bathing ritual goes old school. A handmade corrugated iron shower. Wood panelled walls. Colonial windows overlooking a sun-kissed rear courtyard with an iron bathtub to let you bathe al fresco. Even an outdoor toilet block to revive the tradition of the outdoor dunny. Just no red back spiders hiding behind the cistern.

Kick off your shoes

Through the big barn doors, it’s time for a shindig.

Kick off your shoes in a games room named after Birregurra’s longstanding bootmaker, James Townsend.

He’s the craftsman who built this very Tea House in 1862. James was a prominent figure 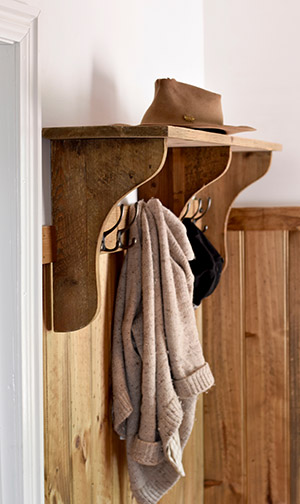 in the town – the local bootmaker who also trained horses for the race track.

Only fitting a man who worked with his hands, who loved horses, and racing should be the patron saint of the Games Room.

Crack open a cold one at the bar.

Challenge the kids to a game of pool.

Take to the stage for a long awaited solo performance.

Or simply lay back in the hammock under the dappled light of the oak tree.

A private little patch of The Tea House.

Loading...
Upps!
You're running a web browser we don't fully support. Please upgrade it for a better experience.
Our site works best with Google Chrome.
How to upgrade the browser